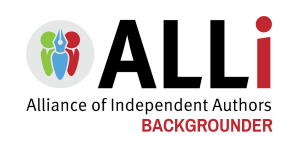 Orna hosts four of the five #AskALLi broadcast salons with different co-hosts. In 2011, Orna took her rights back from Penguin to republish her books herself, with the titles and treatment she’d originally envisaged. She launched ALLi at The London Book Fair 2012. As well as her work for ALLi, which has seen her repeatedly named one of The Bookseller’s “Top 100 people in publishing”, Orna writes award-winning fiction and poetry, runs a Patreon page for poets and poetry lovers and an active author website. She is on a mission to help eradicate creative poverty, through digital publishing and enterprise. You’ll find her, most days, on Twitter and she posts poems and quotes for poets on Instagram: @ornaross.

Dalma Szentpály co-hosts the Self-Publishing Poetry salon. She works at PublishDrive as a self-publishing professional and has been a lifelong lover of poetry. A native Hungarian, she started learning about lyricism from poetry giants like Attila József and János Pilinszky but also recited brooding lines of verse from international poets like Pablo Neruda or Anna Ahmatova. In university, she fell in love with W.B. Yeats and Emily Dickinson and wrote her thesis about the “villanelle” form in Sylvia Plath’s poetry. As a university lecturer and an event manager at an independent bookstore in Budapest Dalma encouraged readers to re-engage with poetry. Check out her blog post about contemporary poetry trends here: https://publishdrive.com/publishing-poetry-2018/. Find Dalma on Twitter and LinkedIn.

Joanna Penn co-hosts the Advanced Self-Publishing Salon, is an award-nominated New York Times and USA Today bestselling author of thrillers under J.F.Penn who also writes nonfiction for authors. She’s a podcaster and an award-winning creative entrepreneur. Joanna has written thirty books and sold over 500,000 copies in eighty-six countries and five languages. Her site, TheCreativePenn.com, has been voted in the Top 100 sites for writers by Writer's Digest. Joanna is an international professional speaker and award-winning creative entrepreneur. In 2018, she was Digital Book World’s Publishing Commentator of the Year. Find Joanna on Twitter and Instagram.

With almost two million books sold to date, Adam Croft is one of the most successful independently published authors in the world and one of the biggest selling authors of the past few years, having sold books in over 120 different countries. In February 2017, Only The Truth became a worldwide bestseller, reaching storewide number one at both Amazon US and Amazon UK, making it the bestselling book in the world at that moment in time. The same day, Amazon’s overall Author Rankings placed Adam as the world’s most widely read author, with J.K. Rowling in second place. In March 2018, Adam was conferred as an Honorary Doctor of Arts, the highest academic qualification in the UK, by the University of Bedfordshire in recognition of his services to literature. Visit  his website, The Indie Author Mindset, or find him on Twitter.

Boni is a nonfiction author coach, writer, ghostwriter, and developmental editor. Since 2015, she has helped other authors publish memoir, anthology, how-to and journalistic nonfiction titles. She also miraculously managed to cross the line with a couple of her own titles, with the requisite gazillion half finished. She’s an award-winning former television reporter, talk show host, and news anchor who later led public-sector teams in media relations, issues management, and strategic communications planning, then muddying her hands as a creative entrepreneur. Visit her Ingenium Books website, find her on Twitter, Facebook, or LinkedIn.

Michael La Ronn is the author of over thirty science fiction & fantasy novels and author self-help books. To date, he has published over 1.5 million words of fiction and nonfiction.

Since publishing his first book in 2014, he has produced a prolific writing portfolio while raising a family, attending law school at night, and working a full-time job in the insurance industry. Michael has a fan club, and you can also find him on Twitter, Facebook, and LinkedIn.

Dan is a poet, novelist, journalist, editor and performer. He loves the writing and research process but comes into his own when given a microphone. He is the rabble-rouser in chief of The New Libertines, who have been touring the UK’s festivals and fringes since 2011. In 2010, he won the international spoken prose show Literary Death Match and competed at the 2016 UK National Poetry Slam Final at the Royal Albert Hall. He also runs the editing and copywriting business Rogue Interrobang, working with academics and non-fiction writers. When Dan’s not writing he runs ultramarathons and appears on cheesy TV game shows. Find Dan via his website, on Twitter, Facebook, or LinkedIn.

Howard Lovy has been a journalist for more than thirty years and has spent the last six years amplifying the voices of independent publishers and authors. He works with authors as a book editor to prepare their work to be published and also produces audiobooks. Howard is a freelance writer who specializes in business, technology, and Jewish issues. Find Howard on howardlovy.com, LinkedIn, and Twitter.